All posts in winter

a wedding at Downton, a party at the farmhouse

It was a night for celebrating … Mary + Matthew’s long-awaited walk down the aisle, the return of must-watch tv on Sunday nights, and welcoming Tembo into the friend family. Cell phones were exiled to the hall table. Like you do. 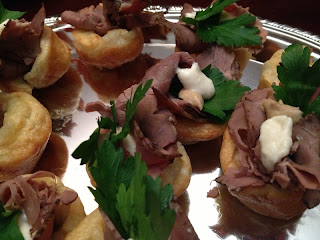 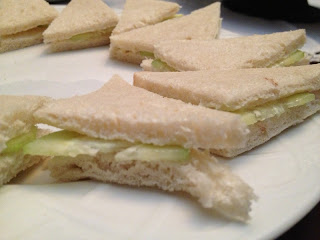 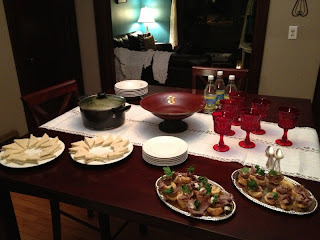 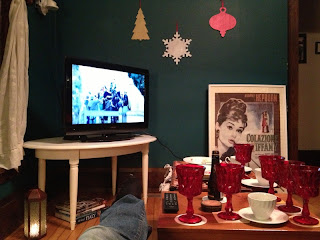 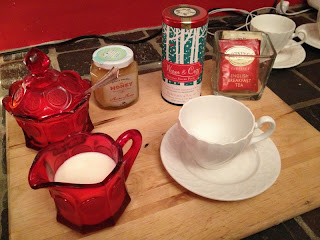 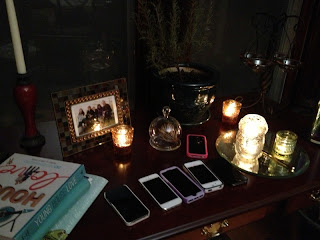 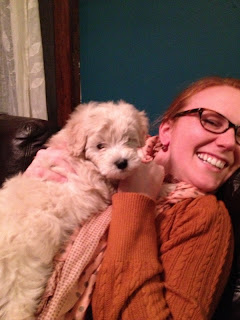 Hey y’all! We finally got some snow!

In sidebar news, I now have three trips to Texas planned this year (learned about the latest one last night… yay for more weddings!) I haven’t been back that many times in a year, ever. And ironically it’s happening a year when the weather is acting much the same between the great white north and the hill country homeland… 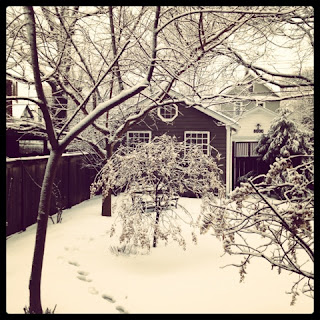 the winter of no snow

Weirdest winter weather ever. Which was sort of true last year, too… except instead of too much snow, this year we have none at all. I’m not really complaining about the mid-40s and 50s January days, but somewhere between three feet of snow and none at all might be nice one of these days. 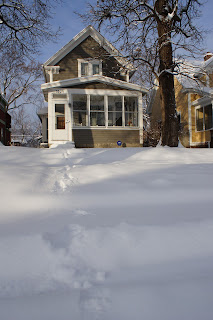 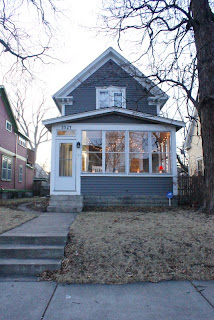 I swim in it as a sea

January 1, 2012
“And there’s a hand, my trusty friend
And give us hand of thine
And we’ll take a right good-will draught
for auld lang syne.” 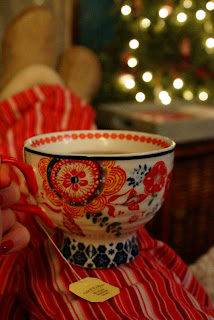 That’s one of the verses of Auld Lang Syne you never seem to hear on New Year’s Eve. Beautiful, isn’t it? My friends Kelin and Mike got married on Friday, and we spent the last three days of 2011 celebrating (and singing all the verses of Auld Lang Syne with full brass and bridal chorus … so fun.) So much celebrating that I stayed in my pj’s on the couch all day today, drinking tea from the adorable cups my brother got me for Christmas, which was a delightful way to start the new year 🙂
Last night, a friend of Kelin and Mike’s read this from Walt Whitman’s “I Sing the Body Electric”:

I have perceiv’d that to be with those I like is enough,
To stop in company with the rest at evening is enough,
To be surrounded by beautiful, curious, breathing, laughing flesh is enough,
To pass among them or touch any one, or rest my arm ever so lightly round his or her neck for a moment, what is this then?
I do not ask any more delight, I swim in it as in a sea.

That is my wish for you in 2012. Swim in the delight of friends as in a sea. And to the friends reading this, let that be our 2012 and beyond. Love you all. Come over for dinner soon 😉
Comments: 0 Posted by: admin Categories: friends, winter

what do I know about circuit breakers?

Not a lot. But today, a lot more than yesterday.

Today has not been my favorite day at the farmhouse. I debated blogging about it (especially since I have a backlog of other posts to finish) since it is not a happy story. But that is life, and this wouldn’t be an accurate portrayal of my life as a young, first-time homeowner if I didn’t tell you some of the not-so-fun stories. So here goes.

The story starts a few weeks ago. I got home from a trip and the internet wasn’t working. Four days later, inconvenient turned into “what the heck is happening” when the cable guy showed up and pointed out that my neighbor’s tree had a fallen branch that was leaning on my cable and power cords. (If that doesn’t sound good to you, you’re smart — it’s not). The nice cable guy rerouted my cable line around the tree branch so I could get back online, and I proceeded to work with my neighbor to figure out how to fix the rest of the tree situation.

A week or so later, a friend and I were having dinner when the power started flickering. The energy company paid a visit, and quickly decided it was related to the broken tree branch. No other tests or investigating possible causes. File that away, please.

This morning, on the 12th day of my parents’ visit from California, we were getting ready for a quiet day of projects and relaxing when half the power went out. Just half — all the lights in the basement and main floor, and some of the upstairs outlets (the downstairs outlets still worked). So, we called the energy company … they sent someone out … blah blah blah, “it’s probably the tree branch but let’s just check a few more things”…

When the energy company guy pulled off the cover of the main box on the back side of the house, it was obvious even to me that something was really, really wrong. One of the four lugs (that’d be the technical term) was blackened and the insulation on the wire leading up to it was burned away.

I quickly learned two things: that I was lucky to have escaped a fire, and that this was not going to be a cheap fix. Oh, and the furnace was connected to the side of the line that wasn’t working. And it was getting kind of chilly in the house…

So often I have to deal with these things alone — and although I’m sure my parents would have rather not spent our last day of their visit calling electricians and sitting around without power, I was so grateful to have them here. It was not my happiest day and it was a lot nicer to have them here to help me figure out what to do.

Also, nice to have people to laugh with when the flashlight broke, and the carbon monoxide alarms started going off, and the security company called to “make sure everything was okay” (although tempting not to, I told her it was.)

Eventually, we tracked down an honest-sounding electrician who had the parts in stock to replace the main electric box and wiring today. I’m sure they had fun working out in the snow all afternoon. 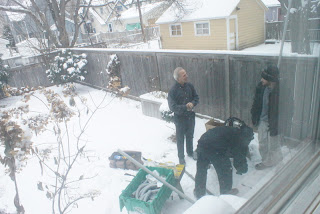 They replaced the entire box that connects the power line to the circuit box in the basement, plus the wiring just to be safe. It now has a fancy bypass switch (and apparently this is a big deal? Who knew.) And while they had the power off, dad helped me hang some twinkle lights on the front porch. So now that the power is back on, it looks like this: 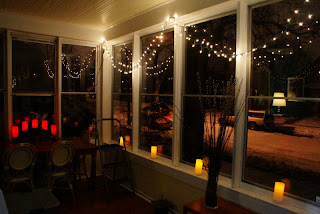 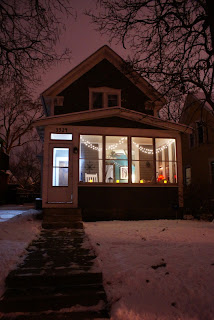 My wallet might be a little lighter, but the house is safe and the heat is back on. So that’s a wrap on today. I’m going to eat a pint of ice cream or something now… 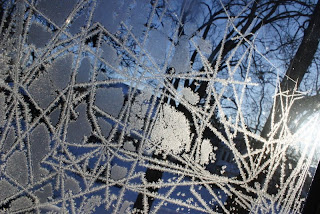 I’m still snowed in, so I think that means I’m allowed to post another set of snow pictures. 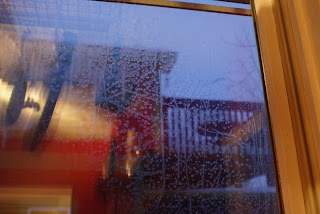 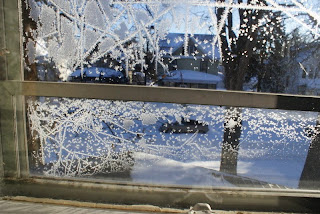 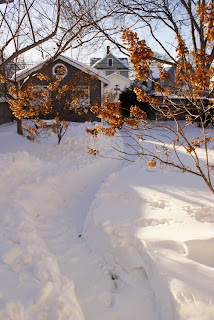 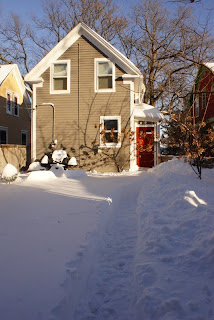 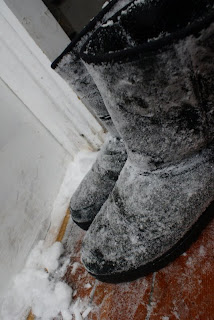 Maybe you’ve heard? Snow day of massive proportions here in Minnesota. After almost 24 hours of steady snowfall, it’s finally tapering off. As of 6 pm the tally for Minneapolis was 16.5 inches. Yikes!! 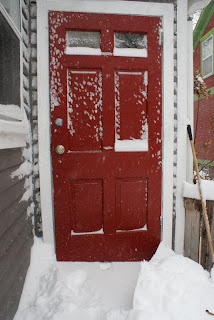 Drifts around the back door ~ 2 pm 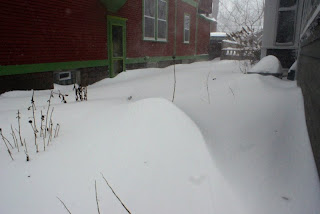 Drifts in the front/side yard 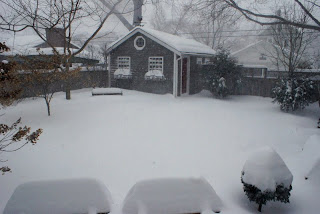 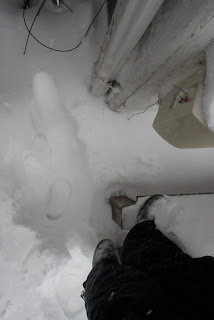 Although I stayed inside most of the day, I did have one little adventure. A friend’s casual comment online sent a shiver of fear into my heart when I realized I didn’t know where my furnace vent was. So I went a-searching (just to make sure it was clear of snow and not secretly filling my house with carbon monoxide). After trudging through knee-deep snow all around the perimeter of my house, and digging along the foundation most of the way, I made it to the backyard. Above the howling wind, I could hear a fan whirring, so I hoisted myself on top of the grill and onto the fence between my yard and the neighbor’s. Sure enough, there it was: 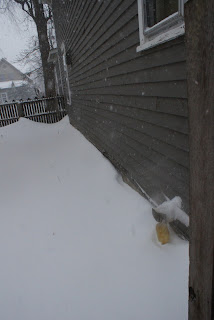 My dad was right. A house doesn’t last 110 years without having a furnace vent that can accommodate a Minnesota blizzard. We still have a few inches to go before I would need to call the neighbor and have her dig it out. (My property line runs about 12 inches away from the north side of the house, so the facade is actually only accessible through the neighbor’s yard because of the way the fences are constructed.)
Which got me to thinking… I wonder how many blizzards of this magnitude the house has weathered? I haven’t yet located the total number, but here’s a start (courtesy of the Star Tribune):

Before Saturday, here’s the previous records recorded by the National Weather Service in Chanhassen:

in the lane snow is glistening 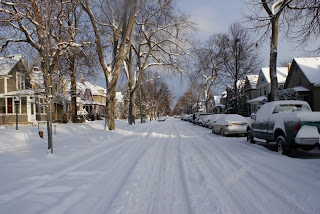 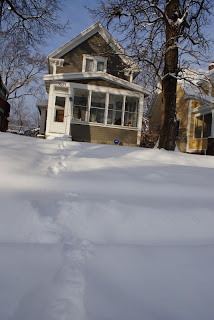 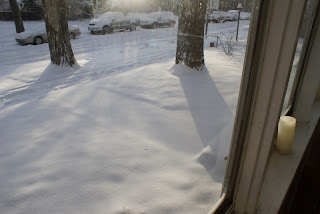 my favorite kind of snow: the kind that actually covers the ground. and hopefully sticks around for a while.
Comments: 0 Posted by: admin Categories: snow, winter 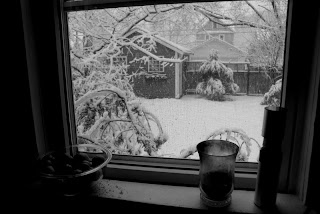 We had flurries a week or two ago, but last night was the first real snow. And by last night, I mean, it’s been snowing steadily for sixteen hours.
Comments: 0 Posted by: admin Categories: snow, Uncategorized, winter